An Episcopal Preacher at Mariavite Mass…

… and this in the Cracow Lutheran Church in Grodzka street. The Polish Episcopal 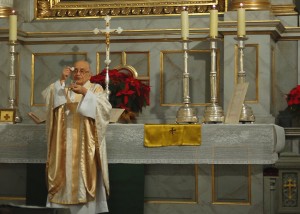 Network and the Mariavite community in Cracow invite everyone to take part in this ecumenical event.

This Sunday at 2pm at Mass celebrated, as every week, by Cracow Mariavites at St. Martin’s the preacher will be a guest from the United States. Br. Robert Sevensky is prior of the Episcopal Benedictine Monastery in New York which belongs to the Order of the Holy Cross. The Holy Cross Order is an international Anglican monastic order following the rule of St. Benedict. It was founded in 1884 by the Rev. James Otis Sargent Huntington. 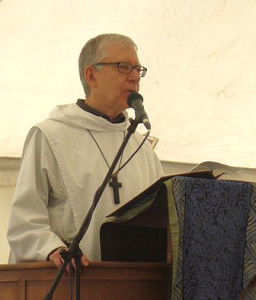 Its members follow a threefold vow of obedience, stability and conversion to the monastic way of life. They are encouraged to develop their own ministries within the framework of their monastic vocation. Also lay people and diocesan clergy may participate in the life of the Order; they “intend to love and serve God through a relationship with the Order of the Holy Cross (Anglican), adapting to their lives the Benedictine principles on which the monks base their common life.”

Br. Robert has stayed in the Tyniec Benedicine Abbey near Cracow for a few days where he took part in the Monastic Ecumenical Congress.

2 Responses to An Episcopal Preacher at Mariavite Mass…