The word “openness” was used several time at the retreat in Pulawy, especially by Br. Pawel Rudnicki, both with regard to Anglicanism as a whole and to the Episcopal Church in particular. I would like to reflect on it a little bit myself.

How is it actually with the Anglican (and Episcopal) openness? Br. Pawel emphasized from the very beginning that it shouldn’t be confused with arbitrariness. The Anglican 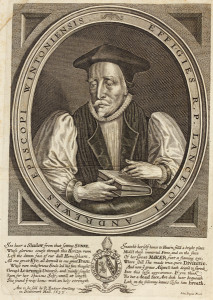 Churches are located within the mainstream of the Christian tradition and consider themselves heirs of the legacy of the Church of all ages. At our services e say the words of ancient creeds, and some time ago we started translating a series of sermons about one of them, the Apostles Creed, on our blog. Sometimes we quote in this context the words of one of the fathers of the Anglican Way, Bishop Lancelot Andrewes (1555-1626): “One canon, two testaments, three creeds, four general councils, five centuries and the series of the Fathers in that period determine the boundaries of our faith.” Not considering the particular elements of this statement in detail, we can in any case conclude that according to Andrewes such boundaries do exist and can be defined. For me personally more important than boundaries is the sense of belonging and the “fundamental spiritual solidarity” resulting of it – both with Christians living in the world now and with generations of Christ’s followers that have passed, and those who will still come. Membership in the Episcopal Church more and more often is related not to being raised in it, but to making personal decisions independent of it. Already some time ago we have noticed that most of our Episcopal friends are people who came to it from other denominations. So did I. But my path to Anglicanism led not from a church with more stringent doctrinal discipline, but the other way around; for I was a member of a community describing itself as “principally liberal” or even “non-dogmatic”. Thus the discovery of Anglicanism meant for me a discovery of a Christianity far more traditional than practiced in the church I came from. So you can say that when I was confirmed in an Anglican church I voluntarily accepted certain boundaries. Yet it wasn’t about boundaries but rather about expressing this “spiritual solidarity”, which I very often missed among the “principal liberals”. I frequently had the impression that in the milieu I came from the favorite way to spend time was to criticize different aspects of traditional Christianity, while all that has been considered a “heresy” in the course of the ages and much that came from other religions was treated with far lesser criticism. I didn’t like it. But above all I didn’t understand how on the one had you can officially consider yourself a part of a tradition, and on the other spend so much time on undermining even the most fundamental elements of it and making this the basic characteristic of your community. This is what I experienced as a lack of “fundamental spiritual solidarity”. Interestingly however, in Anglicanism I encounter a critique of tradition which  is often not less fierce. Yet I usually sense with ease that it is based on a strong commitment. We criticize because we consider the object of our critique to be a part of our legacy, our personal concern, something that moves us, and not because we have rejected it altogether long ago. I like the way Bishop Pierre Whalon put it in his article What is Anglicanism?

We have deep respect for our elder brothers and sisters in the Faith, but we also know that bearing forth the Faith into the future requires living it in our own generation. Thus when we sense that reforms are necessary, we cast an eye back to the Tradition for inspiration, but not uncritically. And when change is necessary, we can go forth when we have convinced ourselves that such change is essentially consonant with the Faith as we have received it.

The word “consonant” is of key importance for me in this context. We want our faith to be consonant with the faith of other Christians: both contemporary and those who came before us and will come after us. We want to be one of the voices consonant with other voices, for we know that Christianity doesn’t begin and end either in the place we find ourselves or in the time we live in. Our truth is not the ultimate truth. It is one of the voices in the endless dialogue called tradition. At the same time we know, however, that this consonance will be possible only if we voice our views clearly. No one can replace us. If we keep silent, there will be no consonance. Likewise if we try to muffle other voices. One of my theology teachers would say that a liberal church is one where you can ask all questions. If so, the Episcopal Church can be called liberal, and I’m still a liberal Christian. But the adjective “liberal” will cease being necessarily the opposite of “orthodox”. Not without a reason we said these words in our presentation May an Episcopal Congregation in Poland be an Answer to the Needs of Local Christians? delivered at the conference in Cracow in March of last year:

On the other hand, relativizing somehow the differences between Catholicism and Protestantism accumulated through the ages, we don’t want to fall into the trap of the newer controversy – between “liberal” and “conservative” or “orthodox” Christianity. Here once again we should refer to the previous talk, where diverse expressions of Anglicanism were discussed. When two and a half years ago we set up the blog “Don’t Shoot The Prophet”, one of our goals was to challenge the myth prevailing in Poland that the Episcopal Church is a liberal church. Of course, this is also the church of Bishop Spong or some members of the famous “Jesus Seminar”, who are iconic figures in liberal Christianity. And it is good that it is so, but above all it is a broad church, comprising a multitude of spiritualities and theological visions. In one of the books written by Alan Jones, the former dean of Grace Cathedral in San Francisco, whose visions we often present on our blog, we found a great declaration which also applies to our approach: “I cannot identify either with liberals or conservatives”. We were often labeled as liberals because we support the ordination of women 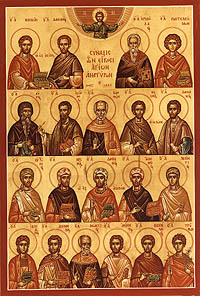 and the inclusiveness of the church towards the LGBT persons. Unfortunately, we can’t help but accept that these things became recently the litmus test of liberal Christianity. But what about our need to build on the tradition of the undivided church of the first centuries, to deal with the ancient creeds? And what about our love for old liturgical traditions? One can hardly consider these as expressions of liberalism. But it is more important than that. Judging by the reactions we receive, we are not the only Poles who try to combine the old and the new and withstand the tension that results from this. Contrary to the comments we received after announcing today’s meeting, we do not aspire to set up yet another “liberal church” nor a “church for the homos”. We dream about a community whose character is best described by the English word “comprehensive”.

Br. Pawel shared a somewhat sad reflection with us in Pulawy, saying that there are churches that started like this and then, regrettably, have fallen into stagnation, and that there us such whose beginnings were less promising in this regard, but which learned over time that comprehensiveness is perhaps not a value in itself, but something very important. The Anglican comprehensiveness was being shaped over the ages in the heat of discussions and arguments. We are still working on it, struggling with still new challenges. And how is it with our desire concerning Polish Episcopalianism that is still coming into being? Regarding different types and forms of spirituality, the Polish Episcopal Network, though still so small, is undoubtedly a broad community. There is place in it for a Methodist, a Mariavite, and many others. There are people of different personalities in it, shaped by various experiences in different places. Undeniably this also leads to tensions, and sometimes even conflicts. Some we can solve better, some worse. At the moment it is still difficult to say whether the dream we described one and a half year ago in Cracow is really starting to come true, but we are without a doubt working for it to come true. It is not an easy work, for openness brings with itself different things. Everybody knowns that if you open all windows and doors at the same time, a draft will ensue. Then you have to decide to close some of them sometimes. It is not nice, but sometimes necessary. I’m still wondering how we’ll manage it.